Artist Hyesoo Park has been collecting real stories from people's past :

This project focuses on lost love. So, she have collected the broken heart Stories told by ordinary visitors at the Jan Van Eyck academy (NL 2014) and MoA Museum(Seoul, Korea 2013).

Park collected 50 kinds of broken heart story using typewriter which she had installed at the cafe of JVE in Sep 2014~ Dec 2014.

Then she requested participant artists of JVE to write a new story(fiction) which was based on the collected real broken heart stories. there was no specific form and quantity in new writing and artists could write and read it with their own language.

And Park creates a confuse space where coexists with real and fiction through mixing the fiction and real story in Open studio in JVE(2015).

More Information about this project >>

21. All of my past love stories are about Failure.

If It was not the past It would not have been about failure.

If It had been a success

It would have read: success

Lot is maybe a failure.

If I could write what I really wanted to write

I still would now write it.

I met her on a lousy summer evening.

The weather was hot, but damp.

Is love lost or does it just disappear?

My dreams of our love were locked away with the promise of a common life, with him.

I can no longer find the key.

46. Where is my Imaginary Boyfriend?

Well, He who is not mine can only live out of grasp.

Being loved gives you strength.

Loving someone gives you courage.

55. Perhaps Love is like the ocean full of conflict full of pain like a fire when it's cold outside.

Thunder when It rains even if you lose yourself and don't know what to do.

The memory of love will be of you.

51. Love is an abyss brimming with poison bye.

66. There are something money can't buy in the book.

but there is nothing money can't buy in reality, even Love..

73. Thanks for letting me know love.

and in between are the doors of perception.

60. He left leaving me only empty packing carton.

I preferred the packing carton to the watch in it.

I loved the packing carton that made its contents look nice, beautiful, and mysterious.

My marriage was like this carton. I could not get over its temptation.

I met my ex-husband through introduction and he was not so disagreeable. I was foolish not to overcome my obsession with the idea that “I have to get married before 30” and to succumb to the general idea that “all men are the same if they are not particularly disagreeable”.

I was too young to live with such an illusion. I feel no attachment to my marriage with him any longer. The reason why I have kept this carton is because it is still so attractive and I cannot give up my illusion of marriage even though my marriage failed.

61. I had a girl friend, in Korea, she is Korean, and was at that time almost 30 years old, important detail.

After less than one year of relationship, one evening she ask me to meet her in a coffee shop in Adpunjong.

She started her speech, really calm about us, saying that after nearly a year and as she will turn 30 in few month it was  time to plan our wedding... My first sentence was to "remind" her that technically I was still on a divorce procedure and more important the decision was not to be taken just because of her age!! And, she, still very calm, took out from her bag two gifts from her company: gloves and a bottle of Whisky.

And just told me goodbye and see you, or not, but she won't wait because of her age... that was just the end, in less than 15 minutes. She got married 4 months after our broke-up, before 30 years old.

the May where I wanted to do.

Since sixth grate. Since sixth grate Paul was in love with me. Despite the adventures and the small crushes on other girls, I was always the number one. Always the only one who would make his heart raise and his brain have a breakdown. He never knew what to say to me, how to start a conversation. His love made him shy in front of me.

We grew up together though. Since first grate, I think. And knew him as well as I knew he was in love with me. Which is a lot. But I didn’t really paid attention to it. Since most of my classmate had that period in which they would like me and don’t speak to me because, in some way, I intimidated them. I never cared. I always thought they liked just my physic since they had never have a real conversation with me. My entire study life I had “unreachable” tattooed in my forehead. But no one ever tried. So how could they know?

However, in tenth grate, Paul finally got the guts to talk to me. He discovered that I wasn’t an unreachable girl. That have a conversation with me and feel comfortable around me was quite easy. So why shouldn’t he try to get me?

Well, he did try. He spent two entire moths trying. He got me to flirt a bit back and care enough about him. But when I was just about to fall, one night, two girls and many beers ruined all his chances. What a shame.

For some strange reason, that I can’t even understand myself, I started to feel attracted by him the next scholar year. It came out of the blue. So I tried to get closer to him and one thing lead to the other. Suddenly we would talk for hours, chat, have call phones and over all, flirt without any shame in there. It was quite nice. We would laugh a lot, I would tease him because of the effect I clearly had in him, he would look for me and hug me or carry me in his arms whenever I didn’t want to move. Everyone thought we were dating. But we never even kiss. Well, not apart from a spin the bottle game.

Why didn’t we date then?

No, that’s not the right question.

Why would he step back when he finally got he wanted?

Well, have you ever want something so badly and for so long that when you get, when you finally get it, you are so overwhelmed that you don’t know what to do anymore? It happened to Paul.

He suddenly wasn’t sure if he wanted to date me or not. One day we would be lying on the grass staring at each other eyes for hours and the next one he would keep avoiding me. I even try to be the one who puts the things in order. I got rid of my huge and stubborn pride and ask him for a date. He made up an excuse. Nice, isn’t it?

For the first time I actually tried, and that happens.

It went like this for a couple of weeks. Then, at some point I just gave up. I was getting really annoyed by his insecurity, so I ended up. After telling him I was mad and that we should just leave it like that, I cried. I cried because it hurt.

It didn’t hurt what he did, though. But what I did.

“Yes, exactly. You are not worth it,” was the sentence that made realize that, doesn’t matter what I do or how hard I try to be nice and sweet, I am a harpy. A heartless harpy.

He never loved me .

77. The only person who ever loved me never loved

24. Our breakup was really nasty.

During the relationship, I tried my best to make it work and to make him happy

and he pretty much had me wrapped around his finger.

I think he took advantage of the fact I would always be there,

and he know it.

Finally he broke it off and told me.

I would be happy without him.

9. Cheat on my boyfriend while we were doing long distance.

After five years , we broke up

He started sleeping with 19 years old girl and they are still dating.

thus I broke up with him.

the much love he promised me wasn't enough to me.

6. The thing is a I cheated on him...with a guy from oversea

I was young and he was free and fortunately I wasn’t.

and I have to pee...HMMMM

I pee all over him and the sun came up and the sea was gone.

I got old and I pee all over myself and the sea wasn’t free.

58. My name is YEYE. I have loved a boy called cwd... but He never say he like me or not. after school exam, He has fall in love with a girl. not me. 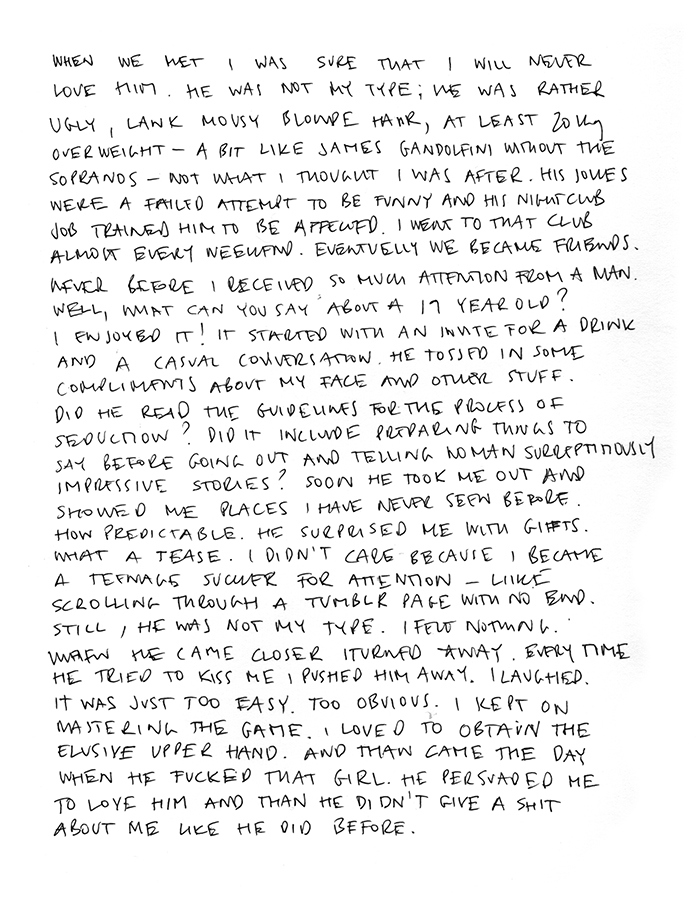 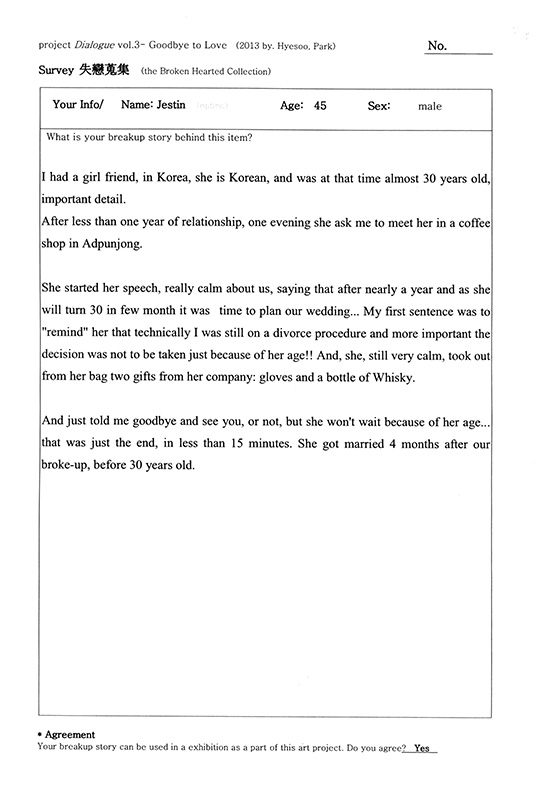